That’s a wrap! On September 3, the 2018 summer meet came to a end in Saratoga. Not only did this season see the highest ever all-sources handle for Travers Day and Woodward Day, but the second highest total handle to date. Pretty impressive for a rainy summer! Read on for a recap of this season’s highlights, from the exciting events and additions to the record-setting victories. 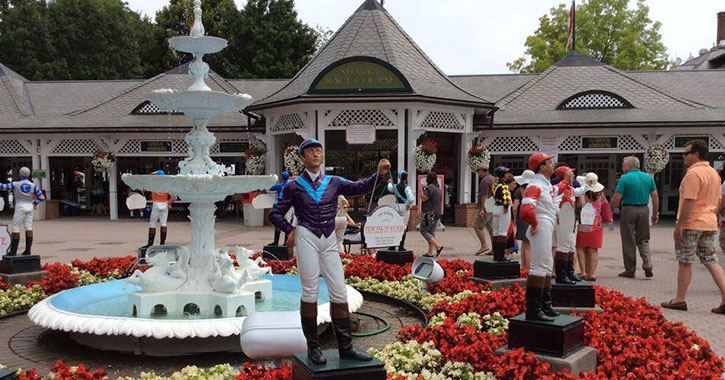 It was another impressive season on the racetrack as well! With blowout winner Catholic Boy, jockey Javier Castellano scored his record sixth victory in the $1.25 million Runhappy Travers. Klaravich Stables stole more victories than any other owner this summer, scoring 21 wins in total. Earning the H. Allen Jerkens training title, Chad Brown broke his own Saratoga record with 46 wins. And taking home a second Angel Cordero, Jr. riding title, jockey Irad Ortiz, Jr. ended the season with an incredible 52 wins.

More at the Track

In addition to the excitement on-track, 2018 welcomed highly anticipated features like The Stretch, giving guests access to high-tech, modern boxes, a two-tiered dining section, and premium reserved seats in the Grandstand. But that’s not all! Next year will see the grand opening of the 1863 Club, which will replace the At the Rail Pavilion as well as the seasonal tents and trailers near the end of the Clubhouse. The new, 36,000-square foot building will provide hospitality and amenities for guests, plus three floors of usable space and even a full-service kitchen.

This season, guests had the chance to meet with 40 regional non-profit groups at the Community Outreach Booth, where they could raise funds and learn about important causes. Over two days, racing fans who visited the booth could have their photos taken with the sterling silver and 14-karat gold Triple Crown trophy! The beautiful award was on display during the Red Jacket Ceremony, which welcomed two-time Triple Crown winner Bob Baffert to the Saratoga Walk of Fame.

NYRA CEO and President Chris Kay believes the success of this year’s meet was the result of on-site events and innovations, enhanced accessibility for fans, and continued racing coverage. “Each year we try to introduce new and unique experiences for our guests in order to provide something for everyone to enjoy at Saratoga Race Course,” Kay said in a statement. “This summer, we reinvented the far end of the Grandstand with the opening of The Stretch. Our nationally acclaimed Saratoga Live broadcast remains second to none, reaching new heights among viewers. At the same time, we are seeing increasing adoption of NYRA Bets, the most user-friendly wagering platform available anywhere. All of these elements combined to deliver the second largest all-sources handle in Saratoga history.”

Already reminiscing? We can’t blame you! For more on this year’s meet or to keep up with track updates, visit NYRA.com. And don’t forget: this Friday, September 7, live racing heads downstate! Belmont Park’s 36-day meet will run through October 28.

Looking for more fun in Saratoga? Check out our Fall Guide »