The historic Saratoga Race Course is located in the City of Saratoga Springs, NY. To get to the history of the race track, we must first take a look at Saratoga's past, which can be traced back to as early as the 14th century. Around that time, indigenous Native Americans lived and visited the Saratoga region. Much of the area's appeal had to do with its healing waters (mineral springs), some effervescent, which were credited with curing myriad ailments. 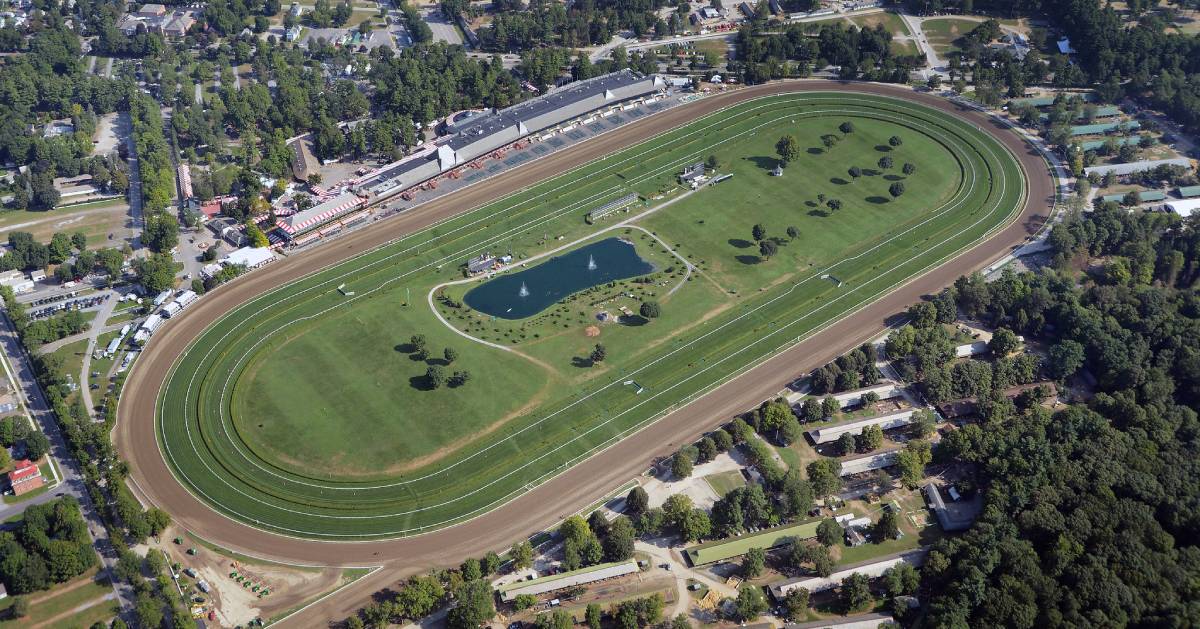 How Saratoga Race Course Was Born

The village - then town - grew and evolved into the City of Saratoga Springs - and the waters were always the main attraction. By the mid-1800s, the city was the summer home of many wealthy Americans and internationals, and a hotbed of both tourism and gambling. The American Civil War (1861-1865) was little distraction to those who sought refuge from the heat of cities like New York and Boston, and so, Saratoga Springs grew.

After the successful meet ended, Morrissey was prepared to expand further into this new venture. He enlisted his friends, the wealthy John Hunter, Leonard Jerome, and William Travers, to form the Saratoga Racing Association. The next step for Morrissey was to purchase 125 acres of land on the other side of Union Ave. and build an all new grandstand. As a result, Saratoga Race Course was born. 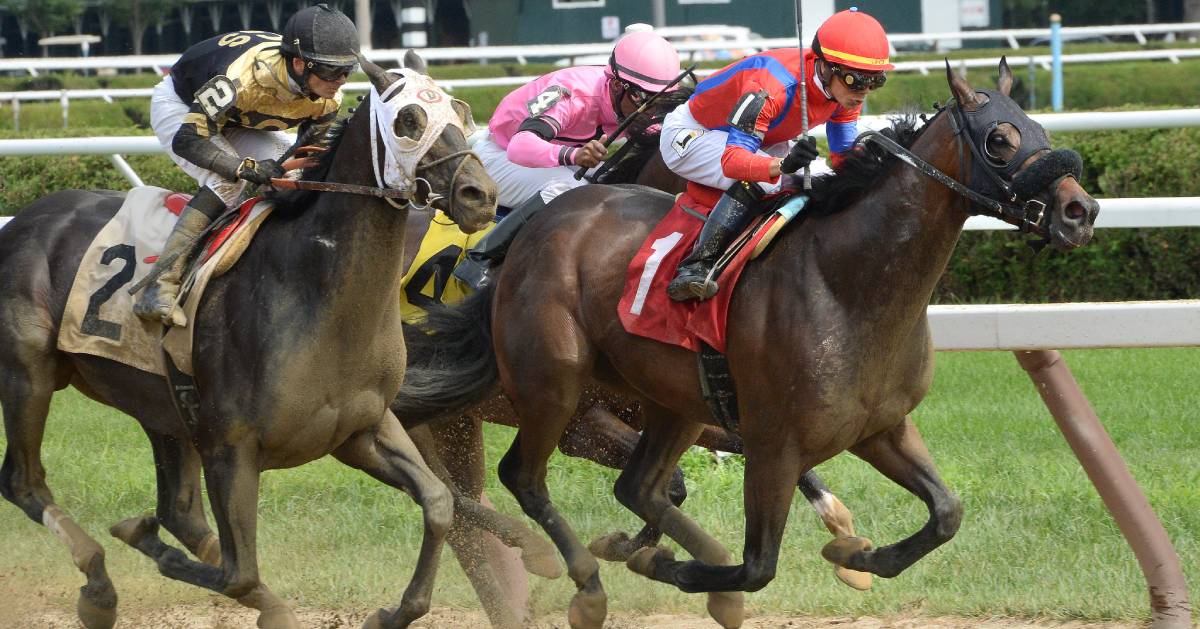 Although Saratoga Race Course is considered the third oldest race track/course in the U.S., by many accounts, it is the oldest organized sporting venue of any kind in the country.

The length of the meet and number of races have grown with time. In 1864, the Saratoga Racing Association named a stakes race for William Travers, and that race became the oldest major thoroughbred horse race in America. The Travers, nicknamed the Midsummer Derby, brings together the greatest three-year-old horses to the race course to compete for the $1.25 million purse.

The world's most accomplished thoroughbreds have raced on the hallowed ground of Saratoga Race Course, for indeed, Saratoga is the gold standard. Names such as Secretariat, Seattle Slew, Affirmed, Rachel Alexandra, Curlin, Gallant Fox, the mighty Man o' War, and American Pharoah all spent time in residence in the primeval backstretch, and racing on the track.

In fact, it was the Sanford Stakes in 1919 that helped reinforce the alternative definition of the word "upset" to the English lexicon, meaning an unexpected defeat of an opponent that's considered to be more formidable. Man o' War went into the race undefeated and lost to a horse named Upset. Ironically, Upset's name is now invoked every time there's a surprise victory, whether that's in horse racing, or another sport.

When Triple Crown victor Gallant Fox was defeated by a horse (Jim Dandy) with 100-1 odds in 1930, Saratoga became known for its ominous nickname “The Graveyard of Champions.”

It's impossible to measure the contributions that Saratoga Race Course has made to American and world culture. The name "Saratoga" is known around the planet, for the name evokes so many images: the elegance, majesty and traditions of the world's oldest sport, regally-bred horses, and the unspeakable wealth of royals, captains of industry and rock stars who participate as owners, breeders, and fans.

Filmmakers and other media have sought out Saratoga and the race course as both the main focus or as a set. Filming in Saratoga, and at Saratoga Race Course, offers original beauty that no set designer could reproduce, i.e. films such as "Seabiscuit," "Saratoga," "The Horse Whisperer," "Billy Bathgate," "Ghost Story," and "My Old Man." A scene in Ian Fleming's James Bond novel, "Diamonds are Forever," features a scene at the Saratoga Race Course. Other authors, as well, have long been enamored with the haunting, untouchable beauty of the place: Edna Ferber and Stephen Dobyns to name a few.

Experience History During Your Visit to Saratoga 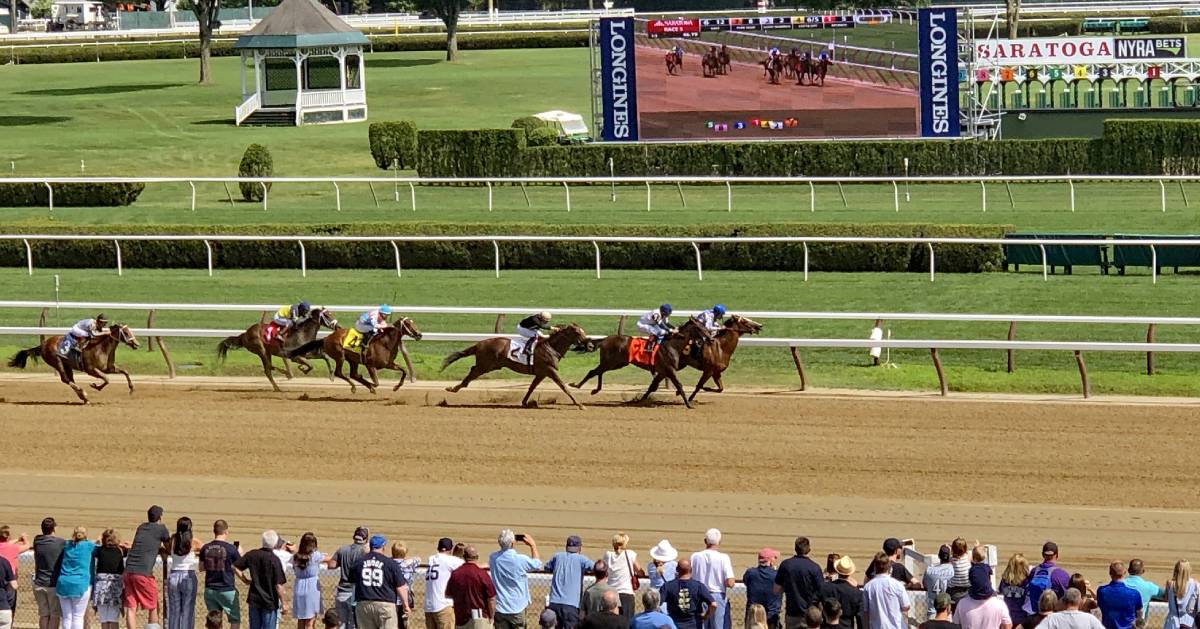 Over the years, while Saratoga Race Course has morphed, it has never compromised its sense of history and original purpose. One of the most unique aspects of the race course is that horses walk right through the crowd, on a white-fenced path, to get to the paddock for their races. It's such a thrill, to get to stand so close to actual greatness - to see the sun glimmering off the horses' beautifully-maintained coats. To experience their eyes, their musculature, that close and personal is special.

In addition, one of the race track's main features is the Big Red Spring in the backyard picnic area. This mineral spring opened at Saratoga Race Course in 1975, and it was named after Secretariat and Man o' War. The white pavilion from the Excelsior Spring was moved to and placed over the Big Red Spring.

The Travers Canoe, floating serenely on the infield pond, reminds fans of the previous year's winner. The hand-rung bell, which sounds exactly 17 minutes before each post, reminds the horses and riders that it's time to go. It's another gentle reminder of the days before jumbotrons and audio systems, when the metal note of a bell rang out through the pristine, wooded race course.

In 2013, the Saratoga150 Committee planned several months of events to delight virtually every heart. The celebration was for Saratoga Race Course's 150th anniversary, and those involved in making it a permanent, significant race course in America.

Saratoga Race Course has a storied history, and it continues to grow every year. The buzz around American Pharoah's (2015's Triple Crown winner) loss at the 2015 Travers Stakes reminded everyone about Saratoga's history as "The Graveyard of Champions." Only the best in their respective divisions dare to come and test their talent at the Spa, to compete at the historic race track.

« Back to About Horse Racing