It’s that time of year again; time to mark your calendar for the biggest days of the summer meet at Saratoga Race Course! Racing fans look forward to Travers and Whitney Days perhaps more than any other at the Saratoga Race Course, and the dates of these prestigious events have finally been announced. Read on to find out when these races will be run, along with other highlights of the 2018 stakes schedule! 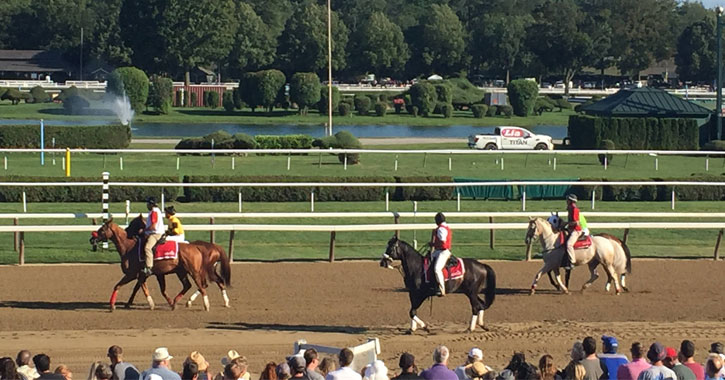 The $1.2 million Whitney Stakes will be run on Saturday, August 4. This prestigious 1 1/8-mile race will be joined by the Grade 1, $500,000 Longines Test for 3-year-old fillies at seven furlongs.

The $1.25 million Travers Stakes, the most popular day of Saratoga’s racing season, will be run on Saturday, August 25. Joining the 149th running of the Mid-Summer Derby for 3-year-olds at 1 1/4 miles will be five other Grade 1 stakes and a Grade 2 stakes.

The five stakes Grade 1 stakes include include: the $1 million Sword Dancer Invitational at 1 1/2 miles on the turf; the $500,000 Ballerina for filly and mare sprinters; the $600,000 Forego at seven furlongs; the $500,000 H. Allen Jerkens Memorial, formerly known as the King’s Bishop, for sophomores going seven furlongs; and the $700,000 Personal Ensign for fillies and mares at 1 1/8 miles.

Rounding out the blockbuster card will be the Grade 2, $400,000 Woodford Reserve Ballston Spa for turf fillies and mares.

Leading Up to the Travers

Closing Day will be on Monday, September 3. The 2018 meet will finish with the Grade 2, $250,000 Bernard Baruch Handicap on the turf and the $350,000 Hopeful, a race typically regarded as a preview of the following year’s Travers.

See more info on attending the track and the 2018 season >>