Taste NY is back at the track, and better than ever! Delight your taste buds every Thursday, Friday, and Sunday with fresh foods and drinks made in the great state of New York! Check out these three weekly events you won’t want to miss. 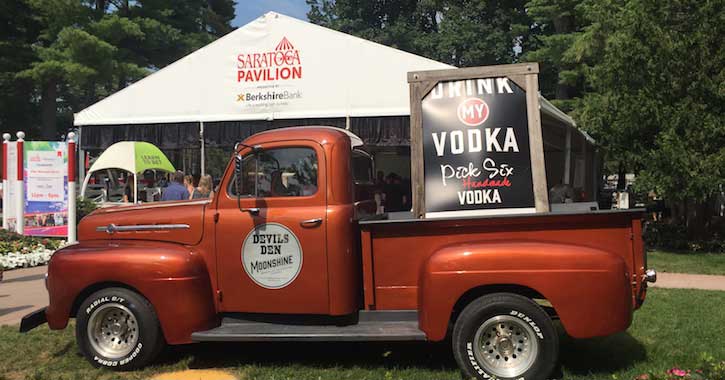 For just $5, you can sample five different ciders, wines, and spirits from across the state. Enjoy a fruity glass of Whitney’s White from the Saratoga Winery, or a bold blueberry cider from Nine Pin Cider Works.

Some featured beverage producers include:

There’s nothing quite like a Farmer’s Market. From Instagram-worthy produce to finger-licking sweets, Taste NY’s Sunday Food and Artisan Market has the perfect product for everyone.

Some of the featured vendors:

Slip into Foodie paradise with these delectable drinks, food, and more. Get your Track tickets today and enjoy Taste NY’s outstanding selection.