In between the fun and gaming that takes place at Saratoga Racetrack every racing day, there’s also a place where information about very important community work can be shared.

The Community Outreach Booth at the track is another example of how many facets of the region come together and support each other during this amazing sporting event. 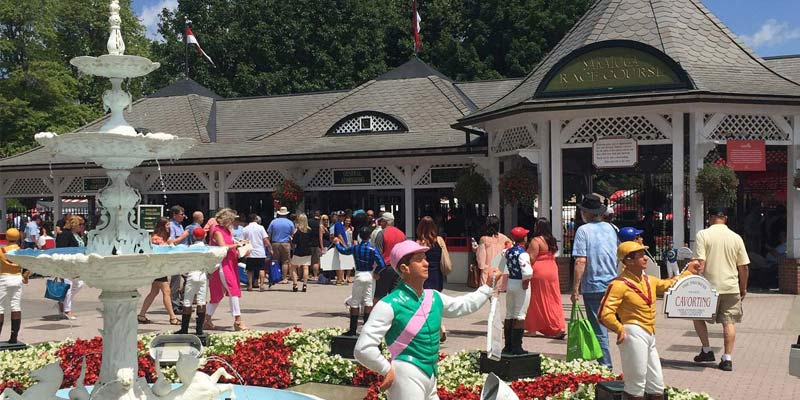 Organized by NYRA and featuring 40 local and regional non-profits, the Community Outreach Booth will set up next to the Jockeys Silk Room across from the Saratoga Walk of Fame. This key spot ensures that a lot of foot traffic can learn about the special work each of these groups performs, and, more important, provides a central place for fundraising initiatives.

“NYRA is pleased to welcome 40 local, non-profit organizations to Saratoga Race Course where we are able to provide a special platform for each to engage daily with thousands of fans. This year’s Community Booth will shine the spotlight on a different non-profit each day, allowing each the opportunity to showcase its services and share its message with our guests,” NYRA CEO and President Chris Kay said in a news release.

In addition to the outreach program, the annual canned food drive will take place Friday, August 24th, which is the eve of the 2018 Travers, the featured $1.25 million Grade 1 stakes race.

“Each year we look forward to the opportunity to share our mission and programs with the fans at the Spa on Travers Eve. The outpouring of support for our efforts and generosity from the Saratoga fans is what makes this community so special,” Saratoga EOC Executive Director Jo Anne Hume said in a release.

Other industry partners at the Community Outreach Booth this season will include the Permanently Disabled Jockeys Fund in conjunction with the eponymous day held in the organization’s honor on Saturday, July 28; the Backstretch Employee Service Team on Travers Day, Saturday, August 25; and the National Museum of Racing and Hall of Fame on Whitney Day, Saturday, August 4.

The Outreach Booth and the canned food drive help make the Saratoga racing season an integral part of the volunteer and fundraising community.  Here is the schedule of appearances.

Here are other charitable opportunities>>>